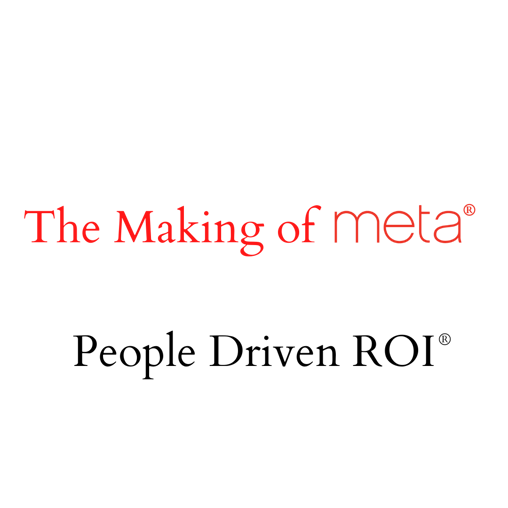 Metaformers, or Meta, was a different kind of technology consulting company from the beginning. But finding a name to reflect that difference wasn’t easy.

The story begins in 2000 after Ed Bouryng left a successful career at KPMG, where he advised the federal government on implementing complex technology solutions. Ed had a vision for a new consulting firm. In addition to unparalleled knowledge of industry best practices and innovation, his company would focus on bringing about successful change through people.

In his first few weeks as a solo entrepreneur, Ed struggled to find a name that encapsulated his vision. So, he took matters into his own hands—with a large red Webster’s dictionary. For weeks, Ed read each entry on each page, probing for a word that could capture the essence of what he was intent on building. The search went on for weeks. But then one day, on page 839, Ed came upon an entry that summed it up: meta.

The word comes from the ancient Greeks, who used it to mean “after,” “along with,” “beyond,” “among,” and “behind.” The first one listed in Ed’s dictionary immediately struck a chord with him: “change in position or form, alteration, transposition.”

Many technology consulting companies focus primarily on the technical side, stressing the tools and know-how to drive return on investment. But this approach often ignores the human factor. Ed’s idea was to create a company that would place as much emphasis on people as technology. He believes that people must be the focus to drive ROI from technology. That’s how the idea of combining meta and former—to mean someone who shapes or forms change—set in.

Over the next 20 years, Meta would grow into a leading transformation and cloud delivery technology organization. It didn’t happen overnight, of course. For nearly two years, Ed worked alone. But a period of steady growth would soon follow. Today, the company has more than 40 employees.

Throughout changes and growth, the brand remained an essential tool to communicate the firm’s values to all stakeholders. Employees adhered to the Meta Way, gathered annually at the MetaConference, and shared information on MetaCentral.

Client successes strengthened the brand and highlighted the Meta team’s focus on people to meet client objectives. Meta became the firm to call when massive investments in technology were not delivering value. It was also the firm to call when other major consulting companies came up short. “Mayday Meta” became a call for help.

Good brands don’t stagnate, and neither has Meta. In 2020, Ed challenged his team to create a tagline that could capture Meta’s differentiators. The result—People Driven ROI—recognizes that while technology is a strategic transformation and modernization enabler, it is people who drive the long-term results crucial to ROI.

Meta’s history is still being written. But after more than two decades in business, one thing is sure: Meta will always be about change. It’s what the company is—by definition. 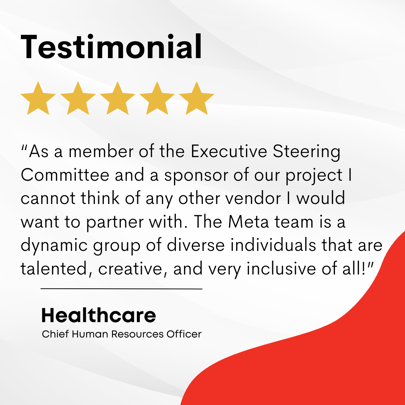 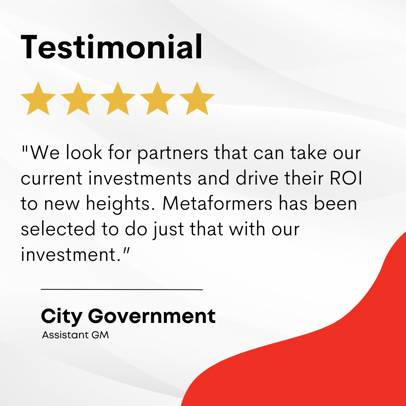 Discover how you can align your vision with a strategy focused on your people, to protect your investment and drive your ROI.

Meta is a TradeMark of Metaformers, Inc